Written by popular Catholic children’s author Amy Welborn, The Loyola Kids Book of Bibles Stories, a  beautifully illustrated collection of Bible stories for kids and their families is uniquely arranged according to where the stories fall in the liturgical year and when they are proclaimed at Mass. Divided into five sections—Advent, Christmas, Lent, Easter Season, and Ordinary Time—each section is subdivided into Old and New Testament stories. From “the Fall” to St. Paul, from the Exodus of the Israelites to the Ascension of Jesus, Loyola Kids Book of Bible Stories nurtures family and individual reading of the Bible at home, while familiarity with these stories will help children connect far more meaningfully with the liturgy. 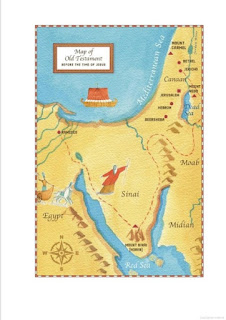 The word "testament", Hebrew berîth, Greek diatheke, primarily signifies the covenant which God entered into first with Abraham, then with the people of Israel. The Prophets had knowledge of a new covenant to which the one concluded on Mount Sinai should give away. Accordingly Christ at the Last Supper speaks of the blood of the new testament. The Apostle St. Paul declares himself (2 Corinthians 3:6) a minister "of the new testament", and calls (iii, 14) the covenant entered into on Mount Sinai "the old testament". The Greek expression diatheke is employed in the Septuagint for the Hebrew "berîth". The later interpreters Aquila and Symmachus substituted for diatheke the more common syntheke, which probably agreed more with their literary taste. The Latin term is "fædus" and oftener testamentum", a word corresponding more exactly to the Greek.
Posted by Amy Welborn at 11:00 PM