Here is a good version of his life:

One of the patron saints of World Youth Day 2008 in Sydney, Australia, was Bl. Peter To Rot, a native son of Papua New Guinea. A second-generation Catholic during the evangelization of his Southern Pacific island in the early twentieth century, Peter was an exemplary husband, father, and catechist. In 1945 he suffered martyrdom at the hands of Japanese soldiers for his courageous defense of Christian marriage...

He is in The Loyola Kids Book of Saints  by Amy Welborn. 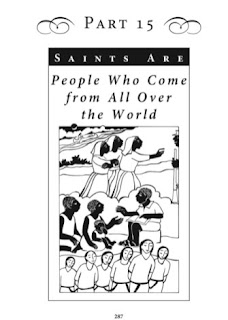 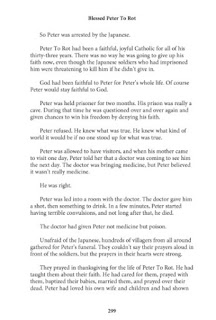 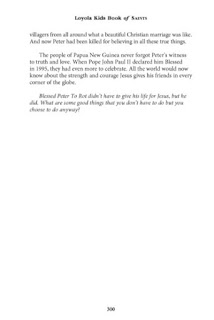