When is the First Sunday of Advent

The first Sunday is Advent is coming, so let's prepare for the preparation.

The Scripture readings speak to us of what God promises his faithful ones, and of the need to prepare, for that is what we do during this season: prepare for his coming.

There is no lack of resources for keeping ourselves spiritually grounded during this season, even if we are having to battle all sorts of distractions, ranging from early-onset-Christmas settling in all around us to  the temptation to obsessively follow the news, which seems to never stop, never leave us alone.

Begin with the Church. Begin and end with the Church, if you like. Starting and ending your day with what Catholics around the world are praying during this season: the Scripture readings from Mass, and whatever aspects of daily prayer you can manage - that's the best place to begin and is sufficient.
I found this wonderful, even moving homily from Newman, centered on worship as preparation for the Advent of God. The spiritual and concrete landscape that is his setting is particular to England in the early winter and might not resonate with those of us living, say, in the Sun Belt or in Australia, but nonetheless, perhaps the end-of-the-year weariness he describes might seem familiar, even if the dreary weather does not. I'll quote from it copiously here, but it deserves a slow, meditative read.

YEAR after year, as it passes, brings us the same warnings again and again, and none perhaps more impressive than those with which it comes to us at this season. The very frost and cold, rain and gloom, which now befall us, forebode the last dreary days of the world, and in religious hearts raise the thought of them. The year is worn out: spring, summer, autumn, each in turn, have brought their gifts and done their utmost; but they are over, and the end is come. All is past and gone, all has failed, all has sated; we are tired of the past; we would not have the seasons longer; and the austere weather which succeeds, though ungrateful to the body, is in tone with our feelings, and acceptable. Such is the frame of mind which befits the end of the year; and such the frame of mind which comes alike on good and bad at the end of life. The days have {2} come in which they have no pleasure; yet they would hardly be young again, could they be so by wishing it. Life is well enough in its way; but it does not satisfy. Thus the soul is cast forward upon the future, and in proportion as its conscience is clear and its perception keen and true, does it rejoice solemnly that "the night is far spent, the day is at hand," that there are "new heavens and a new earth" to come, though the former are failing; nay, rather that, because they are failing, it will "soon see the King in His beauty," and "behold the land which is very far off." These are feelings for holy men in winter and in age, waiting, in some dejection perhaps, but with comfort on the whole, and calmly though earnestly, for the Advent of Christ. 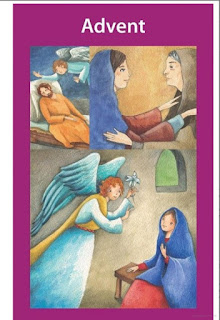 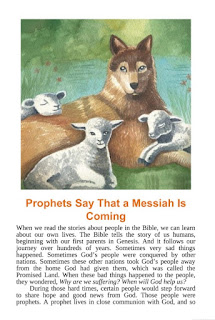